Elegance now. This year – for the second season – the Max Mara Group has chosen a famous international star to interpret its Autumn/Winter 2014/2015 collections of Accessories and Sunglasses.

The campaign will feature the beautiful and charismatic Amy Adams. The internationally acclaimed actress has been nominated for several major awards including five Academy Award nominations, four BAFTA nominations and five Golden Globe nominations for her riveting and widely varied performances in films such as “The Master” (2012), “The Fighter” (2010), “Doubt” (2008), “Enchanted” (2007) and “Junebug” (2006), most recently winning the 2014 Golden Globe for “Best Performance by an Actress in a Motion Picture – Comedy or Musical” for “American Hustle”. 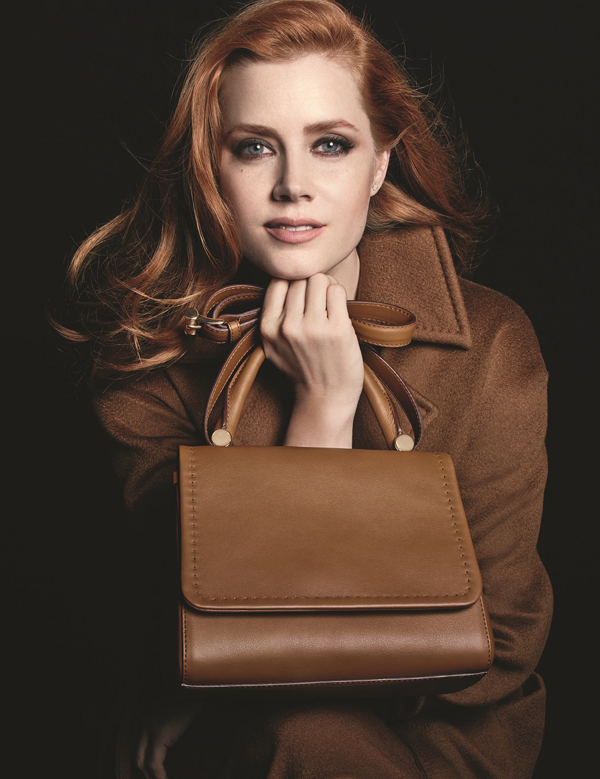 Last year, in addition to “American Hustle”, Amy Adams starred in “Her” by Spike Jonze alongside Joaquin Phoenix. Later this year she will appear in the new feature film by Tim Burton titled “Big Eyes” and in 2016, will  star opposite Ben Affleck in the eagerly awaited “Batman vs. Superman” directed by Zack Snyder, as well as“Story of your Life” directed by Denis Villeneuve.

Photographed in New York for Max Mara by the great fashion photographer Mario Sorrenti, Amy Adams models some of key styles from the range of accessories, such as the iconic Signature Bag and the unmistakable Margaux, a classic of the production by the Group, as well as the new cutting-edge frames from the Eyewear collection.