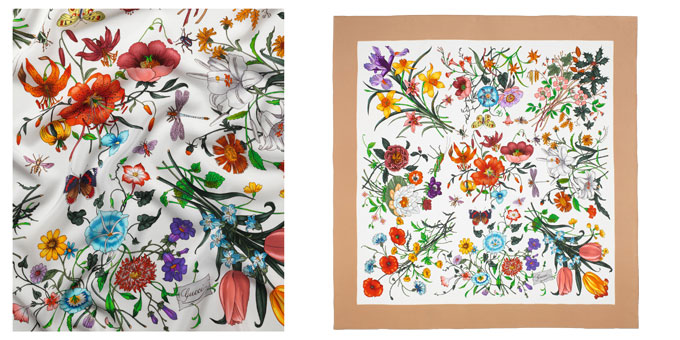 The year 2014 marks fifty years since Gucci opened its doors to Japanese customers with the 1964 opening of the Miyuki Street boutique in Tokyo’s Ginza district.

To celebrate fifty years in Japan, the Florentine House will unveil a series of commemorative events and initiatives throughout the year.

For half a century, Japanese customers have shown loyalty and appreciation for Gucci’s craftsmanship, Made in Italy quality, and fashion authority. Over time Gucci has established a lasting partnership with Japan through designs inspired by its culture as well as through social responsibility initiatives. This year, Gucci will celebrate fifty years in Japan through various special events and activities that have been conceived to commemorate craftsmanship, fashion and social responsibility.

Gucci’s relationship with Japan dates back to the 1940s when the House first imported Japanese bamboo to Italy during the post-war era as an innovative solution to material shortages. The House’s artisans creatively curved bamboo into a handle and applied it to a saddle-shaped bag that would become known the world over as the Bamboo bag. In 1964, the same year that the Olympics took place in Tokyo, Gucci opened its first shop in Japan. This debut was made possible thanks to Choichiro Motoyama, the founder of SUN MOTOYAMA, whose fascination with the House’s innate elegance and Florentine heritage led him to introduce the brand to Japan.

The year’s first event is The House of Artisans, which will present the craftsmanship involved in the House’s most iconic handbags, shoes, fine jewelry, and silk scarves, at Shinjuku’s Isetan Department Store in March. Gucci’s Italian craftsmen will be stationed at custom-built workshops to offer a unique viewing of time-honored traditions. Gucci’s House of Artisans will subsequently travel to Gucci Ginza in July and to Hankyu Umeda, Osaka, in October.

In conjunction with the first event, Gucci will introduce an exclusive capsule collection that Creative Director Frida Giannini has designed in honor of this significant year. The collection includes handbags, women’s ready-to-wear, silks, shoes, and jewelry – all inspired by the House’s Flora pattern, an icon that made its debut in 1966, two years after Gucci opened in Japan. A tribute to the original piece that first introduced the print, the scarf will benefit the ongoing “UNESCO Association Scholarship – GUCCI Scholar” initiative: the House will donate 100% of sales proceeds from the scarf to the cause.

In May, the House will open its renovated Aoyama flagship, located in Omotesando, Tokyo. To celebrate Frida Giannini’s store design concept, “Lapo’s Wardrobe,” a MADE TO MEASURE capsule collection designed by Giannini and Lapo Elkann, will see its Japanese debut. Additionally, an exhibit will showcase Gucci Première gowns in Japan for the first time – a unique viewing of couture craftsmanship.

In July, for the second year, Gucci will be the main sponsor of Hidetoshi Nakata’s charity gala dedicated to the “REVALUE NIPPON PROJECT,” which aims to promote the development of Japanese traditional culture and craftsmanship.  In keeping with the craftsmanship theme of this year’s charity gala, Katagami (Japanese Traditional Paper Stencil), teams consisting of artists, designers and experts from different communities, including Gucci, will create special one-of-a-kind pieces for the charity auction.

In the second half of the year, Creative Director Frida Giannini will pay a special visit to Japan as part of the celebrations. Giannini and Gucci President and CEO Patrizio di Marco will host a dinner in honor of UNESCO.

Social responsibility is key to Gucci as the House enters its fiftieth year in Japan and will be an integral part of this year’s celebrations, with the upcoming capsule collection, culminating event benefiting UNESCO, and continued support of Japanese craftsmanship. Inspired by an appreciation of Japan’s culture, art, and history of craftsmanship, the House will continue to engage with its Japanese enthusiasts through dedicated initiatives that link common values to our future.