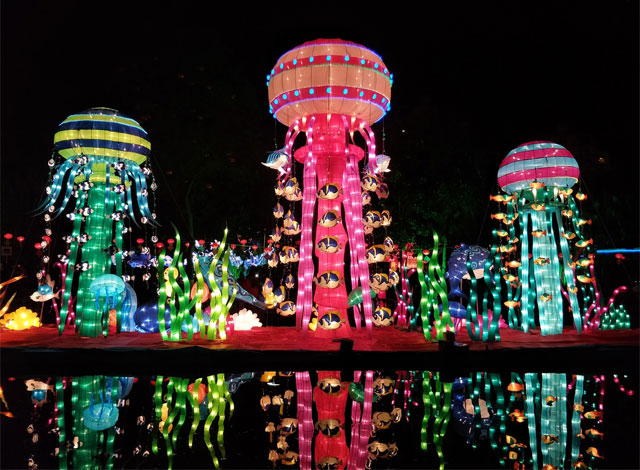 From 3 to 10 February, MonteNapoleone District organizes the first “MonteNapoleone Chinese New Year”: Liu Bolin’s “The Invisible Man” exhibition, a forum on the Chinese economy’s drivers in the Xi Jinping era and events designed for a Chinese clientele increasingly in love with Italian shopping. Over the same dates, a similar celebration will also be held in the centre of Rome.

On 5 February 2019 the Chinese New Year, also known as the Spring Festival, will be celebrated, when farewell is said to the year just passed and a welcome given to the new year, which it is hoped will be full of success and bring good luck and prosperity The date is always between 21 January and 29 February, it lasts 15 days and concludes with the Festival of Lanterns, which falls on the fifteenth day of the first lunar month, meaning the date changes every year. 2019 will be the year of the Pig, which symbolically represents stability, generosity and altruism.

For the first time, MonteNapoleone District, which represents the world’s most prestigious Global Luxury Brands located in Montenapoleone, Verri, Sant’Andrea, Santo Spirito, Gesù, Borgospesso and Bagutta streets, has chosen to include “MonteNapoleone Chinese New Year” in the calendar of events which year on year increase the value of the district and the experience of an open-air mall that is unique in the world. MonteNapoleone District is getting ready to welcome Chinese tourists who choose to spend their vacation in our country and to celebrate the event, which will take place simultaneously in Milan and Rome, along with their resident compatriots.

With the patronage of the Chinese Embassy and the Milan City Council, a series of events has been scheduled which will form the backdrop to Chinese New Year celebrations. From 3 to 10 February, a photographic exhibition “LIU BOLIN. HIDING IN THE FASHION DISTRICTS” by the internationally renowned Chinese artist also known as The Invisible Man, will be staged along Via Montenapoleone. Combining performance and photography, he uses chameleon-like methods in his installations to immerse himself in the environment and analyze the tension that exists between the individual and society.

Visitors will have the opportunity to admire twenty artworks exhibited in the open air, thanks to self-supporting panels that retrace the artist’s poetics. In Rome, some boutiques among the most prestigious luxury brands, will host each one individually, from 2nd to 10th February, an artwork by the Chinese artist. The exhibition has been staged with the support of Boxart, the Verona gallery that represents Bolin in Italy, and in Rome it will be featured in boutiques involved in the event. Two museums, one in Milan and one in Rome, will be the privileged backgrounds of as many live performances, which can be attended upon invitation. Through a careful process of body painting, carried out by two assistants, the artist will camouflage his body to give rise to the two final shots that will become works of art.

As well as offering a series of services expressly dedicated to their Chinese clientele, the boutiques taking part in the event will dress their windows in theme, where beautifully displayed clothjing, jewellery and accessories will make a fine impression on Chinese customers engaged in the most sophisticated shopping. Black and white, colours worn for funerals, are banished, and room given to red, which according to Chinese tradition, is a lucky colour. Among the favoured purchases, necklaces, ties and belts are perfect for couples, but strongly advised against for friends. And no green hats, because in Chinese “wearing a green hat” means marital infidelity.

MonteNapoleone District – up to now the only luxury district in Europe to have an official WeChat account for the development of targeted Chinese tourism – will promote “MonteNapoleone Chinese New year” through Shopping Tags and QR Codes, advancing the activities organized by the association. Exchanging good wishes with family and friends by sending greetings cards or telephoning has always been an indispensable custom for the Chinese, who nowadays opt for videocalls with WeChat, China’s most widespread service platform, with 1 million active users per month. Thanks to the agreement with Retex, today WeChat is a strategic channel for engaging in dialogue with Chinese consumers, who are increasingly lovers of Italian shopping. In this regard, Guglielmo Miani, President of MonteNapoleone District, explains: “One of MonteNapoleone District’s commitments is to develop initiatives aimed at improving the district’s hospitality facilities for non-European and other guests. As well as being pioneers with WeChat, the organization of an event for Chinese clientele, who represents the pre-eminent nationality among the district’s purchasers, allows us to bring the two cultures closer together and look to a high profile target that appreciates our country’s excellences”.

With the collaboration of the Italy China Foundation and the participation of Class Editori, Global Blue and Tencent IBG/Digital Retex, a forum entitled: “Consumption, tourism, luxury: the drivers of the Chinese economy in the Xi Jinping era” will be held on Wednesday 6 February from 3.00 to 5.00 pm in the Unione Confcommercio’s Sala Orlando. Focus of the event will be the Chinese market in the retail sector.

The Chinese were reconfirmed as being among the biggest customers of the Fashion District and the MonteNapoleone VIP Lounge in 2018. Originating from a MonteNapoleone District project with the participation of Global Blue, Planet, Tax Refund and Ferrari Tax Free For You, the Lounge is ready to welcome them and offer a range of benefits and unique, customized experiences. Included in the access voucher is an exclusive concierge service and the opportunity to have their luggage and purchases delivered to the airport of departure, where they will receive VIP assistance in carrying out all tax refund procedures without stress or queues.