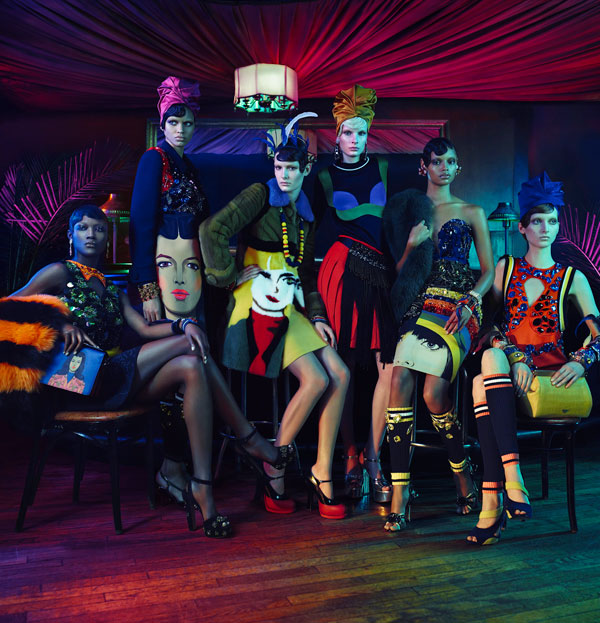 During Milan Fashion Week on the 20th of February, the night of the Prada show, a new chapter of The Iconoclasts opens with Edward Enninful’s original vision for Prada women’s and men’s Monte Napoleone stores, inspired by the energy and original thought of the ‘Harlem Renaissance’. 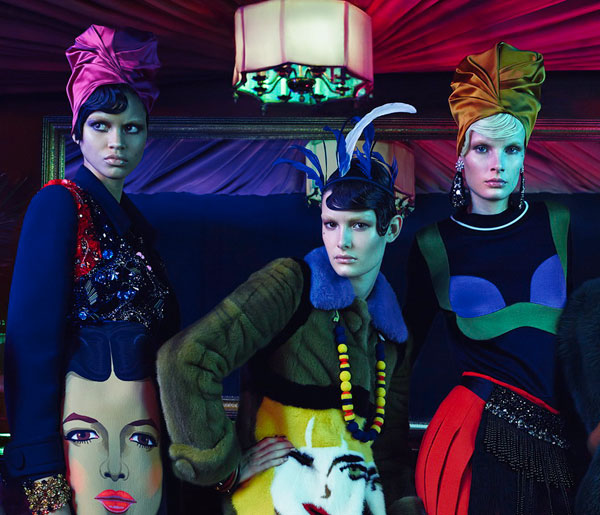 Each applied their distinctive styling and storytelling vision to the presentation of the collection, a creative collaboration within the world of fashion at the most creative level.

In electric time of artistic explosion and cultural exchange for the African American community in the United States in the 1920s, the ‘Harlem Renaissance’ represented a new creative spirit. Stars such as Louis Armstrong, Billie Holiday, Josephine Baker and Ella Fitzgerald were born, and the air buzzed and fizzed with jazz and ideas.

Taking this spirit of creativity as his cue, Enninful’s Prada women’s store will be filled with a cast of black and white mannequins dressed in Prada SS14 and archive looks – guests at an imagined 1920s club – complete with glittering artdeco bar, evoking the atmosphere of Harlem.

The men’s store will host a cast of black and white mannequins dressed in Prada SS14 and archive pieces, set amongst game tables, 1920s food and cocktails, and the strains of a jazz blues trio.

New fashion images shot by Emma Summerton and Enninful will be presented in both stores.