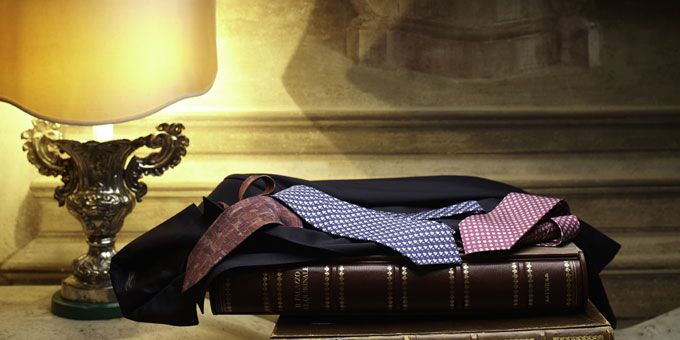 Salvatore Ferragamo presents Ties MTO (Made To Order), an exclusive, customisable range inspired by one of its best-selling menswear accessories: the tie.
The world of silk – always an essential part of Ferragamo’s DNA – now has a new dimension.
Created to meet the needs of the brand’s exacting clientele and to suit individual physiques, it is a quintessential blend of design and craftsmanship rounded off with incredible attention to detail.

From mid-May 2015 a selection of boutiques world-wide will be offering fully-customisable variations on the Salvatore Ferragamo tie: made to order, in a range of sizes, fabrics and colours with a myriad of different combinations.
The Pre-Fall/ Fall-Winter 2015 collection comes in a selection of 12 styles, including new 140 and 160 cm lengths as well as the standard 150 cm, a choice of widths (6, 7, 8 or 8.5 cm) and over 50 colour options.
The underside of the ties can be further personalised with up to three initials (or two initials and two full-stops).
The aim behind the project is to provide a comprehensive Made To Order range for men, making their wardrobes even more exclusive in every detail: from suits and belts to shoes and ties. 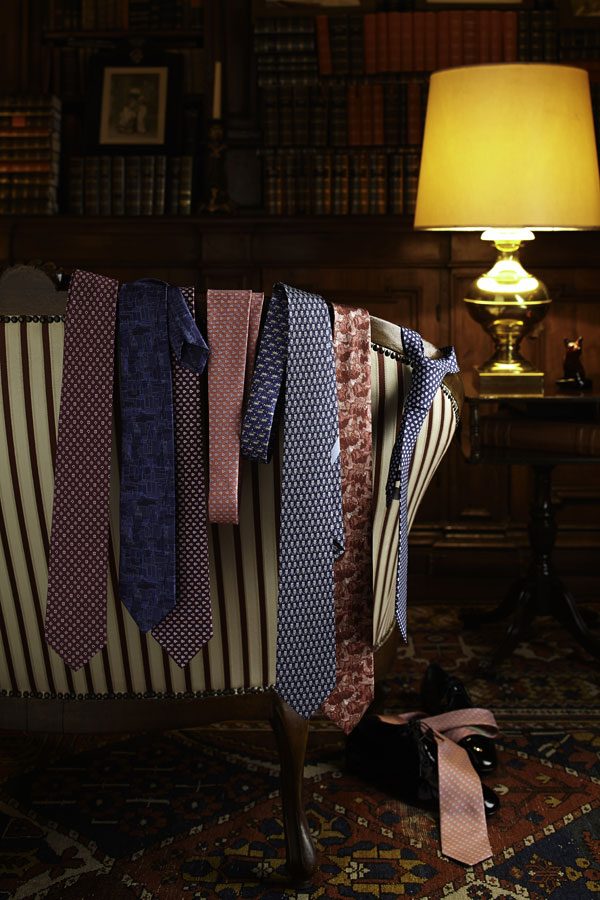 THE DIGITAL PROJECT
To celebrate the launch of TIES MTO, Ferragamo presents four short films directed by Jean-Claude Thibaut, featuring stories in which the ties are presented as icons of respect and self-esteem. The short films illustrate the concept that fashion should always reflect ones personality.
Timeless Italian elegance as part of a more profound aesthetic education is a key theme of the films. The visual effect, achieved by the use of a static camera, represents the theme of interpersonal contrast – the protagonists of each episode are shown in disagreement but manage to reach a friendly and diplomatic compromise.

A MASTER CONTEMPLATION
Two men, two generations, two visions. Inspired by the Japanese poet Shunryu Suzuki “In the beginner’s mind there are many possibilities, but in the expert’s there are few.” A casual conversation turns into a lesson of life. Cast- Beppe Modenese and Guglielmo Miani.

YOUR OWN WAY
A middle-aged dandy accompanies a friend in his style journey, and proves to him how changing a tiny detail can change the entire perception people have of you. Cast – Sergio Colantuoni, Massimiliano d’Amato.

THE GENTLEMAN UPSTAIRS LEGACY
Three men remember a dear friend’s original way of wearing his tie. His unique style has created an alluring sense of eternity. The tie as his legacy gift, a kind of reward, a rite of transit, from man to man. Cast – Simone Marchetti, Piero Antinori and Michele Lupi.
A VARIATION ON ELEGANCE
Older people always have something to teach if you are eager to learn.
A pleasant conversation can turn into a philosophical exchange on style standards which only remain if you update them. Cast – Gianluca Gori and Gastone Chelini.
DITRIBUTION
The Ties MTO project will be available at a selection of international top stores: in Europe at Ferragamo boutiques in Rome (Menswear), Milan (Menswear), Florence and Old Bond Street, London; in the US at Fifth Avenue, New York, Bal Harbour, Chicago and Beverly Hills; in Japan at the Tokyo Ginza, Osaka Umeda and Isetan flagship stores; in China at the Hong Kong Mandarin Hotel, Shanghai Centre and Beijing Shin Kong Place; and at the flagship store in Korea, the Paragon in Singapore and Westfield in Australia. From mid-May onwards the ferragamo.com website will feature a special banner with ideas for mixing and matching designs, plus a link to the list of stores offering the Ties MTO service.