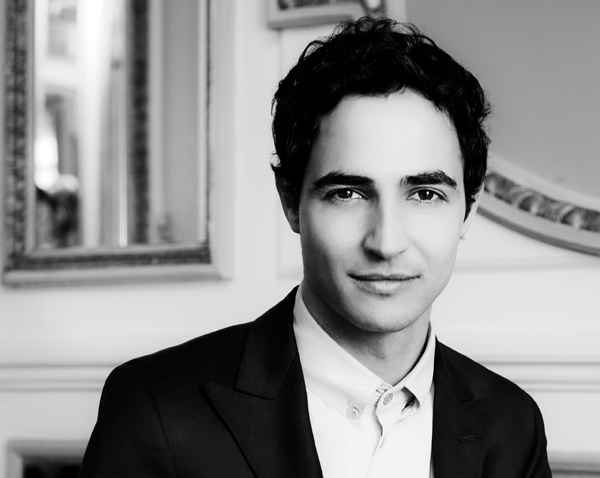 Brooks Brothers, America’s longest established apparel brand, today announced that has been named Creative Director for its signature Women’s collection and accessories.
In this new role, Mr. Posen will direct the current Brooks Brothers design and merchant teams and will be responsible not only for the women’s collection but will also affect a variety of areas including brand development and presentation  for the women’s label.

“We are thrilled to have Zac join us as Creative Director of our Women’s Collection,” said Claudio Del Vecchio, Chairman and CEO of Brooks Brothers.  “He is one of the most talented and influential American designers working today.”
“As soon as we met, it was clear to us that he had a true understanding of our brand and its storied 196 year heritage as well as the creativity to modernize our offerings within the category,” he added.
Of his new role at Brooks Brothers Mr. Posen said, “I am truly honored and excited to be embarking on this incredible opportunity to take the Brooks Brothers Women’s brand into the future while respecting its deep, rich American heritage as an institutional company.”

Brooks Brothers began selling women’s apparel as early as 1874 when an advertisement for the company promoted capes and accessories available in a special department within the store – then located at Broadway and Bond Street.

Womenswear at Brooks Brothers gained significant attention in 1949 when a pink oxford shirt was featured in Vogue magazine – which also had a hand in its design. After that Brooks Brothers began selling a small selection of women’s items however it was not until 1976 that Brooks Brothers would open a complete women’s department selling seasonal collections. Today, the women’s category represents approximately 20% of total sales.
Brooks Brothers consists of three labels, the signature line, the recently introduced Red Fleece label, and Black Fleece, which launched in fall 2007 for men and women and continues to be designed by Thom Browne.
Zac Posen’s first women’s collection for Brooks Brothers will debut in spring 2016 and will be available worldwide.