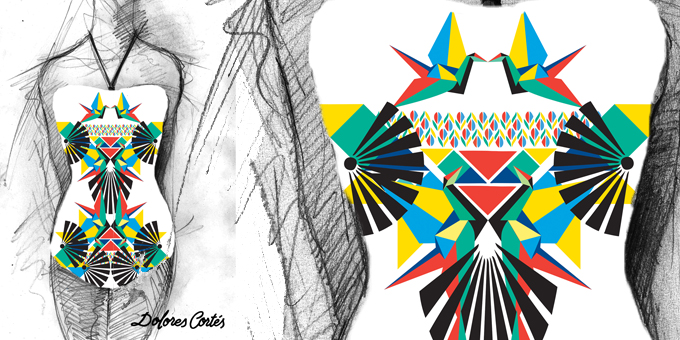 Dolores Cortès Spring Summer 2015 is ispired by the Japanese culture and it retrospective sense of the interrelationship between manand nature.
Two different environments:

The first one takes as a reference the uniqueness of Akihabara district in Tokyo and the fascinating Manga universe with its Superheroines from the Japanese comics. Pastel colors and origami works on the swimsuits, bikinis and trikinis inside of a casual and imaginary world.

The second one takes us to the samurai world. Appliqués as armors with sharp and sophisticated forms make the chromatic binomial black-red as the main character.

The result: a fierce but refined collection that seeks the beauty in the instant of life, the harmony and the integration of the Japanese aesthetic within Western culture.

Elaborated simplicity and the sense of movement in the forms.