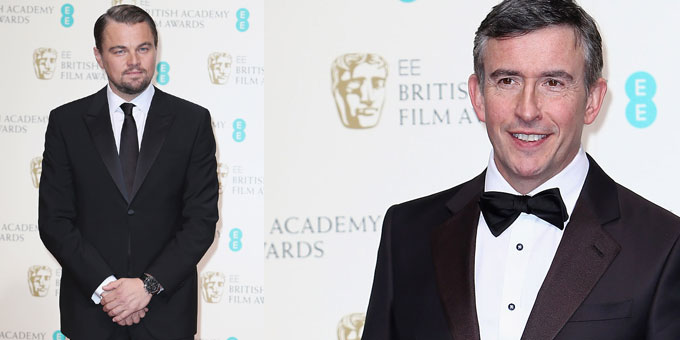 Leonardo DiCaprio, nominated in the Leading Actor category for his work in ‘The Wolf of Wall Street’, wore a Giorgio Armani black two-button peak lapel tuxedo with a classic white evening shirt and tie.

Coogan won the Best Adapted Screenplay category for his work on ‘Philomena’. 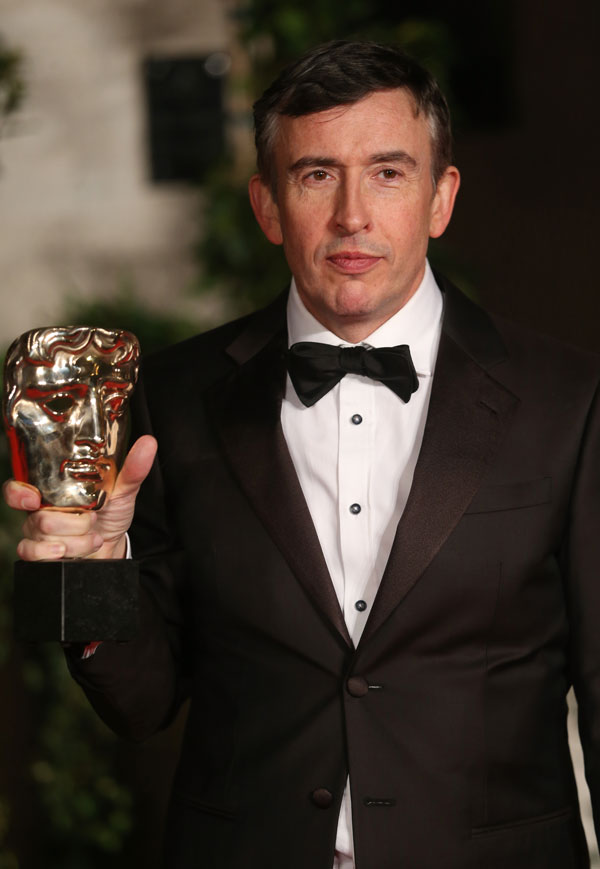