Medals, records, victories and defeats: The Winter Olympics in Sochi are a mega-event in sports, cultural and musical terms. 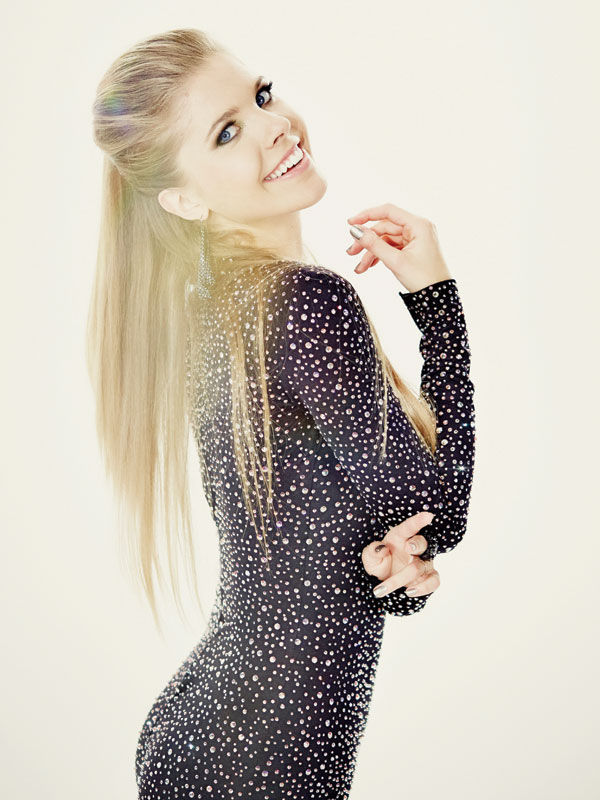 Some of the most promising young stars of modern music will be seen alongside some of the world’s best musicians on the stage set up in the Olympic Park. One of them: the 20-year old “Victoria Swarovski”, a young offspring of the Austrian crystal family, Swarovski.

On the Volkswagen stage, backed by a 30 meter high LED wall, she will perform – in a vibrant crystal suit – her new songs “Memories” , a tribute to the glamour of the 20s and “Undefeatable“, an inspirational ballad for all athletes.

In her biggest international appearance so far, Victoria will be on stage in a catsuit embroidered with 14000 crystals. This catsuit was especially made for her in Wattens, Austria. These new crystals are called “Volcano” and shimmer in every color imaginable.

The 20 -year-old is no longer a stranger in Germany or Austria. At 16 she signed a contract with Sony Records, nearly a year later her first single, “One in a Million” appeared and took the German and Austrian charts by storm.

Victoria’s energetic and powerful voice reflects her assertive character and strong willpower. This led to cooperation with some of the big names in the music scene. The U.S. songwriter Diane Warren and multiple Grammy winner, music producer and songwriter Evan Kidd Bogart showered the young talent with their accolades.

Fashion, art, film, and above all the people around her inspire Victoria, “It’s the experiences and stories happening around me that give me the ideas for new songs” she says.
In Los Angeles, where she now lives, Victoria is currently working on her new album. “And I hope the audience will find joy, their hearts will be touched and the music makes them want to dance”.
Most recently, the public Russian radio station Majak with nationwide range just announced that they took “Memories” to their latest playlist. From now on, Memories will be played repeatedly the whole day all over Russia.