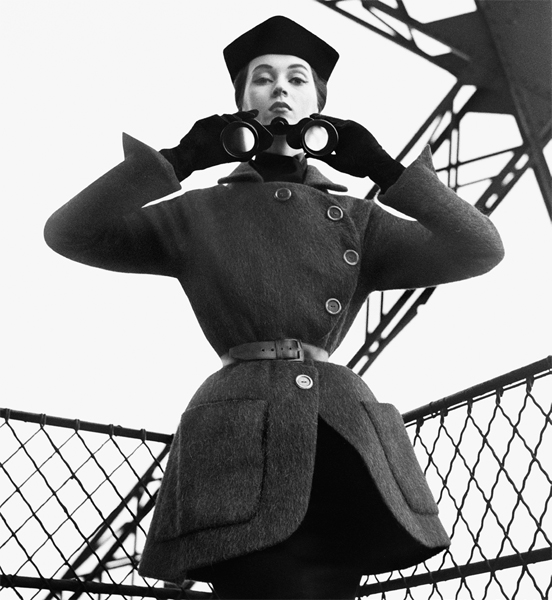 The book Dior by Avedon retraces this relationship through his iconic images: here are photographs of the model Renée in a New Look suit and Dior’s lifelong friend, Christian Bérard, whose pose in working class streets of post-war Paris lures curious locals to their windows.

Also here is Doe Avedon, the photographer’s wife, wearing fur on a train station platform; Dorian Leigh in a cyclist’s embrace and Suzy Parker roller-skating with Robin Tattersall on the Place de la Concorde. Carmen Dell’Orefice listens to sweet nothings on the Alexandre III bridge, and Twiggy seems to dance the flamenco. 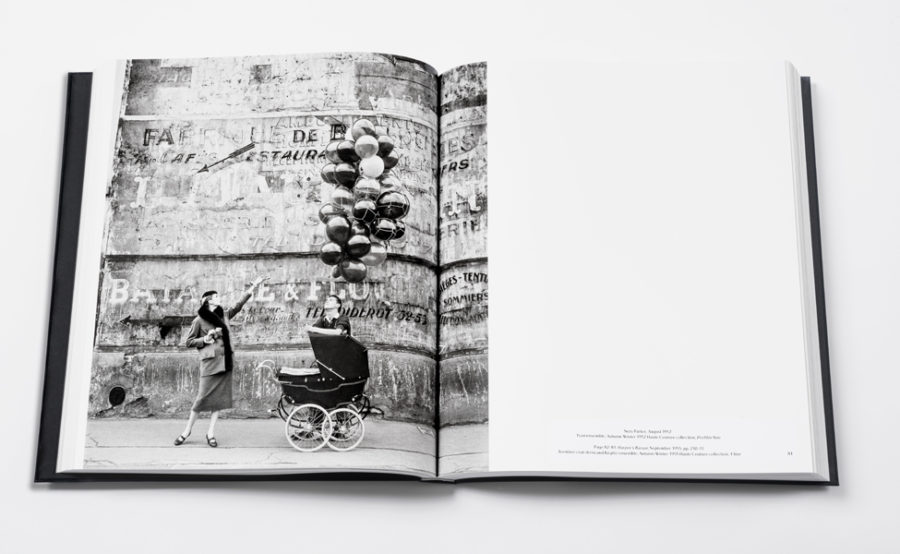 A pensive and elusive Marlene Dietrich lights a cigarette; Audrey Hepburn wanders the cobblestone streets of Paris or steps onto the dance floor at Maxim’s. And, of course, there is Dovima, wearing the Soirée de Paris evening gown from 1955, striking a pose between two elephants, which is doubtless one of the most famous images in the history of fashion. 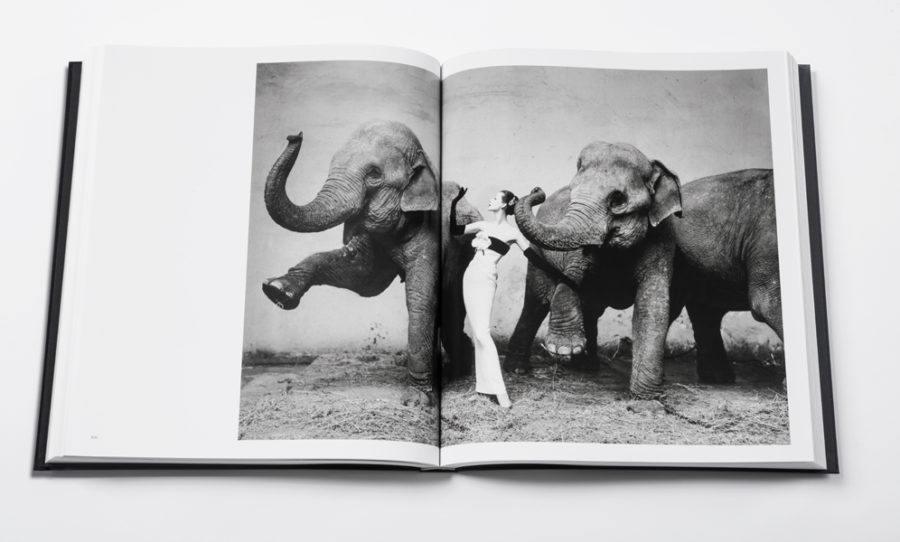 Later, Avedon would describe this photograph as “a choreographic moment. I saw the elephants under the glass roof and I immediately knew I had to find the right dress. I seized all the potential one could see.” Avedon’s photographs are the reflection of an attitude and movement frozen for all eternity: they capture a special emotion that is almost invisible to the naked eye.

It’s an approach that one also finds in the photographs taken in the ateliers of 30 Avenue Montaigne, a place in which the photographer took an interest as soon as the Maison Dior opened its doors.

Jacqueline de Ribes, in her preface to the book, writes of Avedon that he was “the most seductive, enthusiastic, dynamic, inspiring, demanding and extravagant of photographers.” The book also reveals the Maison’s creations by showing Christian Dior’s sketches alongside the photographer’s images, and further recounts this captivating story through anecdotes from Justine Picardie, the author and editor-in-chief of Harper’s Bazaar UK. Olivier Saillard, the fashion historian and director of the Palais Galliera, the Fashion Museum of the City of Paris, writes in the afterword: “This communion [between the work of Christian Dior and that of Richard Avedon] penned the golden age of fashion photography, which advanced without any artifice save determination, at a time when shooting without a safety net transformed photographers and their lenses into puckish acrobats.”